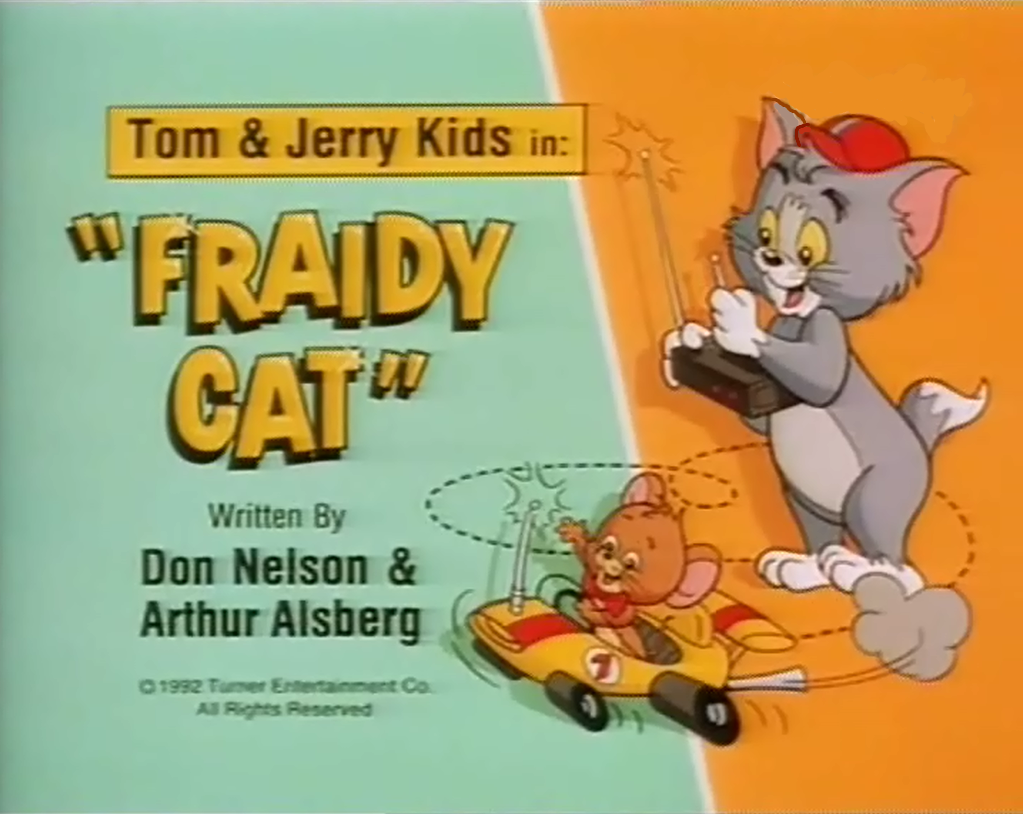 When Jerry accidently gets the ring stuck on his head, he runs out into the city as Tom is close behind him in pursuit. Along the way, they reunite with old characters, such as Nibbles the gray mouse with the diaper, and Jerry’s cousin the strong mouse in the long yellow and black striped shirt. Tom and Jerry keep trying to get the ring off but it’s no use. How will they ever get it off? Written by Pat Robinson.