Lg Gd510 Flash File Z3x. Photo by Austin Young. Styling by Squeaky Blonde. Make-up by MAC This is a guest post from. Initially, “” was written as a Facebook post, a goofy riff on the somewhat futile nature of ranting on the Internet. The Sims 2 Corrupted Files. I wrote it after reading Sinead O’Connor’s “” where the former was chastising the latter for slutty twerking on the 2013 Grammys. I thought well, she makes some valid points but is this really helping anything? Then I thought, you know the real culprit is the Beast that feeds on all our infighting; the clickbait monster that every media site has turned into which has transformed the whole system into “a vortex that can never be filled”! 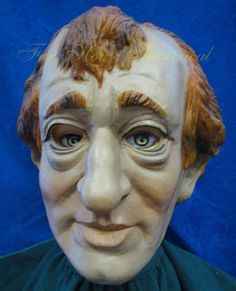 When I started recording my recent album I decided to include “Open Letter,” but then it didn’t really fit on the finished product so I decided to release it later as a separate track. I wanted to bring the “” words to musical life and create an epic track that was in the spirit of “Folk Song” (initially written for one of my one-woman shows, and then ended up on the Bongwater album ). For the recording, I was partly inspired by Gil Scott-Heron’s “The Revolution Will Not Be Televised” as well as by Ken Nordine and a host of other spoken word pieces from the psychedelic past. I recorded the whole thing in one take and then added embellishments later, mostly with my engineer Mark Wheaton at the Echo Park studio CATASONIC.

Mini Games-vol 1 Collection here. My drummer Joe Berardi provided percussion and various sound effects and The Millionaire (Michael Cudahy) from Combustible Edison did the orchestrations and guitar work. In the three years since the piece was written the mad chatter on the Internet has become so voluminous, so unhinged, so ugly and combative that there can be no doubt that we really are in the midst of a Civil War. And that battlefield is getting really bloody.

The longer it goes on the vast void everyone is screaming into feels vaster than ever. While there are so many great things about the Internet (baby goat videos for example) it’s brought out the worst aspects of humanity. So much so that we’ve elected an Internet troll as our President! Every time I look at the news I start singing the “” chorus: “Seriously WTF?!” Has that become the new E Pluribus Unum? #sad I just may have to agree with blogger Mark Manson who says, “” I do think the Internet has changed our brain chemistry and not for the best.