Oh I like Daeron, that will come in handy as an example for the hair. I actually like what HQ recommended for the stance but I have the opposite idea of Vegito's emo mode. His emo mode is Arrogance where I think he should be floating or standing with his arms crossed making him more carefree about the fight. I could have him grounded the entire fight with a mix of punches and kicks. Then when you activate his emotion mode he would be floating and all his attacks are kicks in this state he could possibly have all grounded kicks resprited into floating along with some new floating kicks just for his emotion mode. What do you guys think of this idea?

Might be a bit much but I feel like going the extra mile would pay off in the long run. I am really diggin this new stance compared to the other I had although it only changes the arms position. I am thinking this new stance would look good if he had his legs straightened up a tad bit more rather than bent IMO but at the same time I think this looks fine. This is also what I have in mind for his Standing heavy kick. It's a rough draft so it's not final I just wanted to get the point across with this. I didn't bother to add more frames yet until I'm satisfied with the main frames.

So Rapid kicks and then launches the opponent. Although I didn't sketch out the launcher. This may suit his arrogance stance but again I'm still deciding what fits best where and how it would turn out. The more I think about it, the more I like the idea of Vegito floating. It really does imply immense power.

The Mugen Fighters Guild - Supreme Vegito by TOPS. Adobe Acrobat 9 Pro Extended Crack Serial Mf on this page. Juggling is so easy with this character. The LVL 2 super does too much damage. Erd Commander 2008 Isohunt. Vegeta is the deuteragonist of Dragon Ball Z, Dragon Ball GT and Dragon Ball Super. 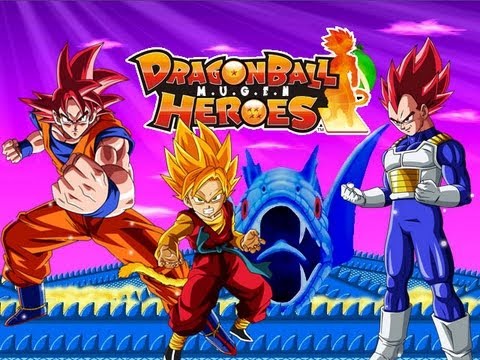 As it stands, we already have three characters with a similar body type and outfit in the Z2 style: Goku, SSJ Goku, and Gohan. It would really help Vegito stand out if he was floating by default and carried this arrogant demeanour from the get-go. That would be a bit cooler than waiting for emotion mode to get the unique animations.

On the other hand, that new grounded stance looks pretty rad. Like, super rad. Compaq D31vm Network Drivers on this page. No worries Loupil suggestions are welcomed, no need to hold back on them. Thanks for those sketches those will help out in the future, my reference for Vegito was Chun Li's kicks lol.

Well it is decided Vegito will be an airborne/floaty character to make him standout from the rest of the Z2 cast. I already started making his Idle stance it might need about 2-3 more frames, I used Daeron's animation he made earlier as a reference on how to approach animating the hair and clothes. I'll focus on the idle and finish it until I'm satisfied before moving on to any other animations since it's my weak point in animating.

My first collection. I figure I'll create an Extreme Butoden collection while the number of characters is still low. Please give feedback and point me to any characters that I miss. 'Characters' refers to characters who are fully playable within the source game, while 'Style Characters' refers to characters who are not fully playable within EB but use a sprite-style similar to EB in Mugen. Red names under certain versions mean the character is offline, purple names are for chars that are still alpha/beta/WIP releases. It's a good start, here's some feedback: - May want to simply put HealTheWorld's sprite patches to separate 'add-ons' section. - You can put different color font to mark WIP Characters.

- It'll be good idea to put their gameplay in bracket, such as Boryema (SvK), Yzan (Custom), but it's up to you for this part. 1: That probably would work a bit better than how I have it currently. 2: Makes sense. Maybe purple for the WIP colour, perhaps. 3: I thought about having a distinctive colour for source vs. Custom style gameplay, but the problem with that is that I don't think any of the EB chars made actually have source gameplay.