By converting every eight binary numbers to decimal, then looking up the ASCII code. How do I convert binary to ASCII? How do you convert ascii to integer in Java? Can anyone help me what kind of code should I use in my app to be able to convert ASCII character to decimal number? Converting Decimal to ASCII Character. 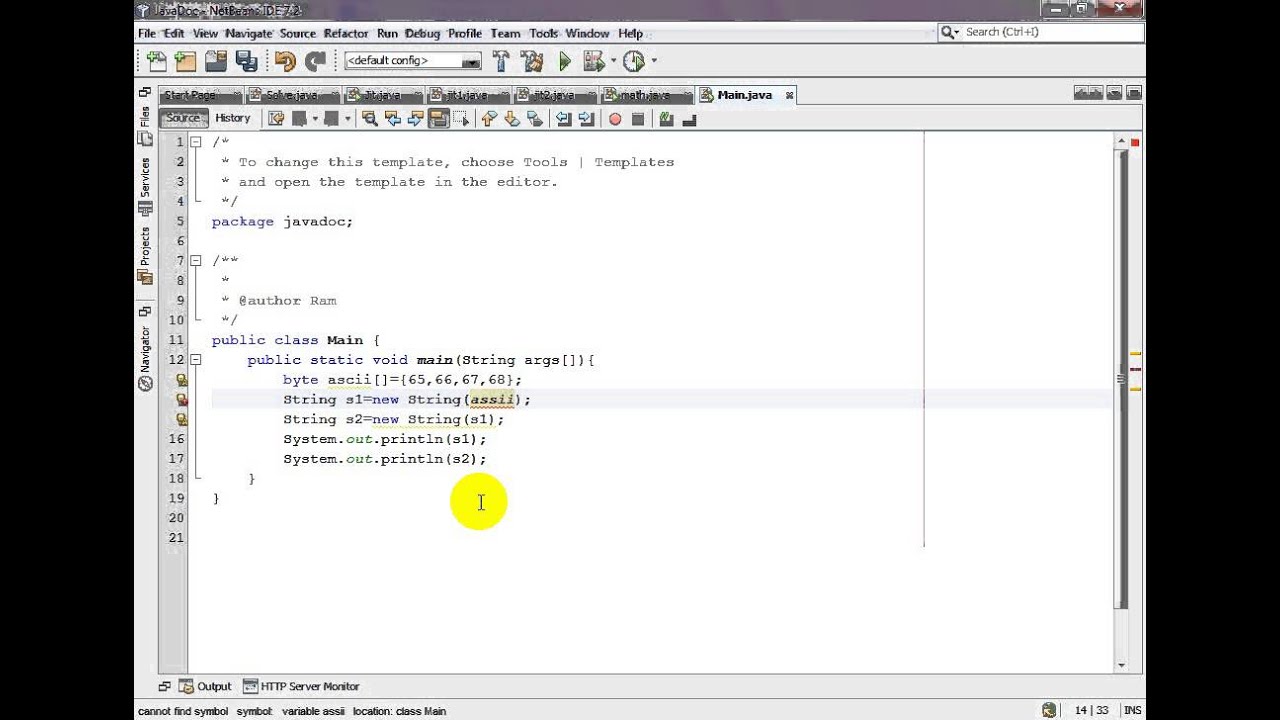 This Java program will convert Hexadecimal number to decimal, binary and Octal in Java programming language using JDK standard API methods. For beginners hexadecimal is base 16 number, while decimal is base 10, Octal is base 8 and binary is base 2 numbers in Number systems. Binary only contains 0 and 1 bits, octal contains 0 to 7, decimal contains 0 to 9 and Hexadecimal contains 0-9,A,B,C,D,E,F where F represent 16. Thankfully Java library provides convenient method to convert any integer from one number system to another. In our last article we have seen and in this article we will convert Hexadecimal numbers to binary, octal and decimal numbers.If you are going for, then its better to prepare How to do this exercise without using Java API as well, as interviewer commonly expect programmer to create there own method during interviews e.g. Java API provides two methods which is used in converting number from one number system to other. One is Integer.parseInt() which is used to but also allows you to specify radix or base.

Luri, did you ever find what you were looking for? I think I'm looking for the same thing -- some nice bin utils for converting an ascii (or even utf8) input stream of bytes directly to the appropriate expected primitive values without creating any objects per operation (static reuseable buffer objects are fine). I feel like there has to be some utility classes for this in the apache commons, just can't find them. Cyberlink Powerdirector 11 Particle Effects.

Also wondering if maybe google's protocol buffers can do this -- haven't spent enough time looking in that direction. Please let me know if you found anything. Matt, It's not just about the speed, it's about the memory. Creating all those local String objects fills up the heap.

If you're parsing a REALLY HUGE ascii comma delimited file of numbers and you go with the lazy approach of using a LineReader that passes you back each line as a String, then parse the String with substring, regex or StringTokenizer as the core java API pretty much wants to force you to do, you end up filling up the heap with String objects and char[] arrays. If you're not careful, for every byte of input it's easy to generate 40 or more bytes of temporary object on the heap. All that junk on the heap eventually has to get garbage collected. When you're running through a couple PetaBytes of input, it makes a difference to come up with a utility method that works in constant memory. It's not that hard to create your own, but wouldn't it be nice if there was already one available so we don't all have to reinvent the wheel?